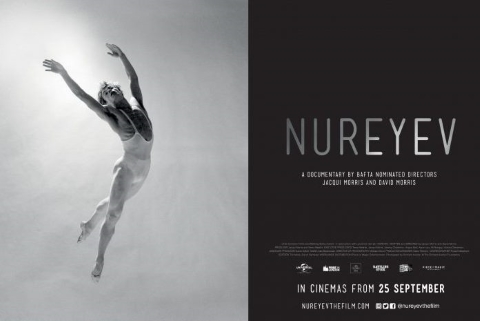 I was born 18 months and two days after Rudolph Nureyev defected from the Soviet Union after appearing with the Kirov Ballet in Paris and I was five days short of my first birthday when he made his Royal Ballet debut with Margot Fonteyn in Giselle in February 1962. By the time I started to watch live ballet, he was the sun around which every other dancer seemed to orbit. He was the epitome of male ballet, almost like a reincarnation of Nijinsky and an antidote to what many saw as a rather fey coterie of English male dancers.

Although awestruck by his technique and charisma, at the time I felt that he had betrayed the country that had nurtured and trained him, as well as the colleagues who had supported him, so that he could pursue fame and fortune. Looking back a quarter of a century after his death, my feelings are more nuanced, not to mention that the geographical and political landscape has changed beyond all recognition.

There is an attempt in Nureyev to put his life into context, although the potted history of the Soviet Union never strays from the usual platitudes and clichéd images and graphics.

Like many dancers, Nureyev wandered the world, but unlike most, no matter how many properties and possessions he amassed, he never had a home outside of the theatre. He took Austrian citizenship in 1982, perhaps as a matter of convenience as he had been travelling on papers of transit from Monaco for more than 20 years. If anything, his home was Paris, where he first renounced the Soviet Union and where he died and is buried, although his time at the Paris Opera was hardly a bed of roses.

Acres of print and film records all sorts of aspects of Nureyev’s life, accurately or otherwise, and it is impossible to view David Morris and Jacqui Morris’ film outside of that or without being aware of the emotional and political baggage that comes with it. That said, the movie is a a rather reverent biography that merely hints at the odd wart.

Unashamedly romanticised, there is dance on a set with fake snow, a strange monolith upstage centre and a cast of non-ballet dancers, choreographed by Russell Maliphant, representing Nureyev the boy, his White Horse Inn-lookalike mother and sisters, his first ballet teacher and a variety of sanitised friends in an unbelievably lovely-looking city flat. This is intercut with carefully selected film of Nureyev and current and archive interviews with an equally narrowly selected group of his friends and colleagues.

Narration is by Siân Phillips which neatly dispenses with the problem of a male narrator clearly not being Nureyev himself. There are liberal readings from Nureyev’s 1963 ‘autobiography’, a Maude Lloyd and Nigel Gosling collaboration which did nothing to frighten the horses.

Lloyd, Fonteyn, Robert Tracy and Yvette Chauviré are absent even in documented memories, but of those still living, it is a glaring omission that there is no account from Lynn Seymour or Sylvie Guillem. One can only speculate as to why.

Phillips steps out of the role of the narrator at one point which jars, although she does tell the one outrageous anecdote of the film that sums Nureyev up at the height of his fame and demonstrates his arrogance, lack of manners, exhibitionism and the way that many forgave him.

Antoinette Sibley, often forgotten as one of Nureyev’s partners, provides nothing but compliments but the film hints at the other side of the dancer when we are informed that he physically assaulted crew. That doesn’t get in the way of the overall tone of bland adoration, though. No mention is made of the fact that he wasn’t above dropping partners for whom he did not care and who were comparatively minor.

In one outburst, he fractured the jaw of Michel Renault, a renowned teacher at the Paris Opera when Renault not unreasonably objected to Nureyev interrupting his class to make corrections. Renault sued for 2,500 francs. Nureyev responded, “If I’d known it would be that little, I’d have hit him a second time.”

Nureyev is also recorded as destroying costumes not to his liking, hurling a Thermos flask into a mirror, spitting at photographers and once flinging a chair at his host and using a curtain rod to pulverise the pottery. When he was forcibly ejected following the latter outburst, he defecated on the house steps.

Beryl Grey describes his black moods, tantrums and “truculent, offensive behaviour” in addition to “foul language, rudeness and unpredictable bad moods.” She also reports that he kicked dancer Liliana Belfiore so hard that she required medical attention and he also threatened her with a knife. She was persuaded to drop the charges that she subsequently raised with the police.

Nureyev was simply too bankable. The film makes much of his return to the Soviet Union in 1987, accompanied by repeated, romantic images à la Repin, and the inference is that his dying mother, too ill to acknowledge him, nevertheless made it clear to her daughter that she knew that he had visited her. In fact, he spent barely 10 minutes in his mother’s company, by all accounts appalled by the poverty in which she was living. As well he may have been. It is probable that his mother would not acknowledge him

Rightly, much is made of Nureyev’s partnership with Fonteyn, although the adoring mother-son inferences made by this film neglects to mention incidents such as the one where he told her to her face in front of the whole company: “Shit, shit, you dance like shit.” His behaviour and well-publicised brushes with the law, not to mention Fonteyn’s decidedly dodgy past with Tito made him eventually dispensable at The Royal Ballet and he moved on to dance abroad for extended periods, although the tantrums continued and his box office appeal didn’t always balance out the costs of mounting his productions. The 1972 National Ballet of Canada Sleeping Beauty went $100,000 over budget, £500,000 in today’s money, for example.

Even when he was first in professional training, his unspeakable behaviour should have got him expelled from the Vaganova Academy and probably would have had he not received Alexander Pushkin’s protection. Pushkin even took him under his own roof when he realised that Nureyev would not cope with living in a dormitory, a kindness repaid by sleeping with his host’s wife.

Nureyev’s decline is tragic and is hinted at in one of the early interviews shown in the film. Michael Parkinson asks him if her feels at home anywhere after defecting from the country of his birth. A flicker of complex emotions pass across Nureyev’s face until he replies, “In dance… only in dance.”

After being sacked from the directorship of the Paris Opera in 1990 for demanding to spend six months touring in The King and I, he wandered the world dancing after a fashion in China, Japan, the Seychelles and in England, although outside London, where demands of “Refund, refund!” echoed round the auditorium. It was reported that he even went on stage while fitted with a catheter, but eventually even he had to acknowledge that he needed to stop.

Nureyev had already taught himself to play the piano, although he was no Balanchine. But, after twelve weeks of lessons with Wilhelm Hubner of the Vienna Philharmonic, he conducted a chamber orchestra in an obscure concert hall in the city before touring to Greece, Romania and Poland. Eventually, shortly before he died, he conducted Romeo and Juliet for American Ballet Theatre at the Met, although one suspects that the orchestra got little in the way of original direction and anyway could have played it in their sleep.

Nureyev glosses over his real relationship, or lack of, with his mother and family (he left none of his £5.5M estate to them) and his often appallingly violent, abusive and uncaring behaviour and views his life through rose tinted glasses. It is however, genuinely moving when he greets his original ballet teacher, now blind and centenarian and finally squares one circle of his life.

And nigh on two hours do just zip by as, even on film, Nureyev is dazzlingly charismatic. A gamut of emotions play over his face even when he is asked a seemingly simply question, as if he is running a cost benefit analysis on the value of giving a truthful answer, or, more likely perhaps, thinking “If only you knew”. He is not above ready wit either, replying to an interviewer who asks him if they should talk about his sex life, “Yes. We go 50/50.”

There have been other equally talented, if not more talented dancers since, not least Mikhail Barishnikov who has perhaps come closest in recent times to Nureyev’s acclaim and charisma, albeit of a very different cast. However, Nureyev was a product of his times and thus, in a way unique. Maybe he would always have been a wild child, but, growing up in the ruins of the revolution and the rigours of the civil and then cold wars, he had plenty to rebel against. It is a pity that this film does not take the opportunity to place his life in that context and give us a more rounded picture.

In the end, Nureyev mostly got away with behaving badly because plenty of people made money out of him and didn’t protest, some were rich enough to treat him for a while as an amusing fad and the rest had no power to prevent him.

His ultimate tragedy was not dying young of what are now the manageable effects of the virus AIDS, but that he was consumed by his inexorable drive for knowledge coupled with the need for recognition. He was cursed by having the intelligence to know it but not the ability to stop it.

Nureyev, the film, puts a thick layer of gloss on what is already known whilst it conceals as much as possible. What makes it compelling viewing is the footage of the man himself. It is all we have left of one of the greatest stage presences of the 20th-century. In the end, perhaps Nureyev had the last laugh: the Tartar did, in a way conquer Russia again.